The Cederberg has always drawn me with an inner call, as if profound mysteries were hidden in its ancient soil. To my delight my dear friend Kimber invited me to come along for a trip to see the San rock paintings. Besides seeing the San rockpaintings, my heart leaped knowing that I will also be able to see Hyraceum in situ as well as the Cederberg’s legendary flora.

For plant lovers the Cederberg isan absolute delight. Most of the Cederberg is a designated Wilderness Area (83,000ha) and is part of the Cape Floral Kingdom which is a World Heritage Site. Many of the plants found in the Cederberg are endemic to the area, occurring nowhere else in South Africa, or indeed in the world. The Cederberg Wilderness is surrounded by conservancies; land owned by farmers but conserved in its natural state, such as the Cederberg conservancy, the Pakhuis conservancy and Nardouwsberg conservancy, so that the whole Cederberg wilderness area is closer to 170,000ha. The Cederberg fynbos is home to the rooibos tea plant (Aspalathus linearis) and many different types of buchu (Rutaceae). Wild olive trees (Olea europaea subsp. africana), rockwood (or kliphout; Heeria argentea), and rock candlewood (or kliphout; Maytenus oleoides) form woody thickets on dry slopes and round rocky outcrops. 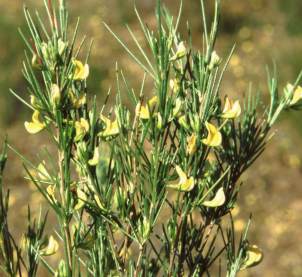 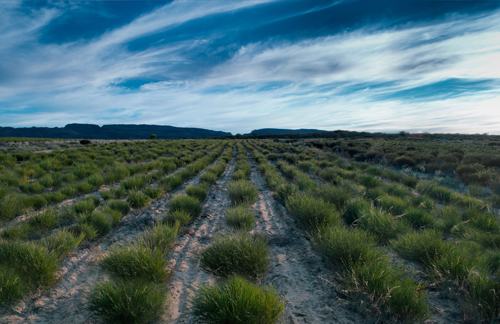 Plants growing along streambanks include Restionaceaes, the wild almond (or wilde-amandel; Brabejum stellatifolium), the lance-leaved myrtle (or smalbaar; Metrosideros angustifolia), and in the streambed itself grows the palmiet rush (Prionium serratum). On the high plateaus red disas (Disa uniflora) and other orchids occur close to water. The endemic snow protea (or sneeuprotea; Protea cryophila) occurs on the snow-line of some of the high peaks only. (Ref) 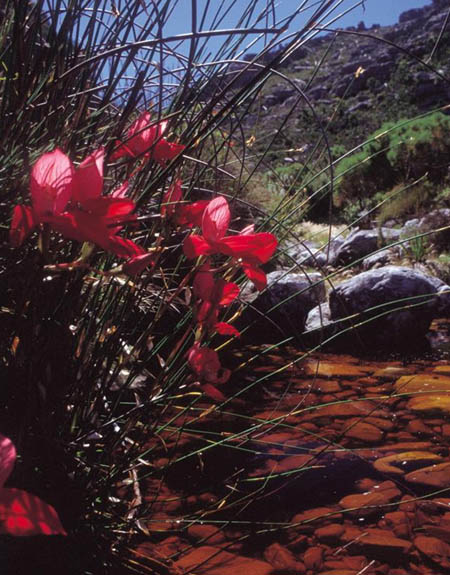 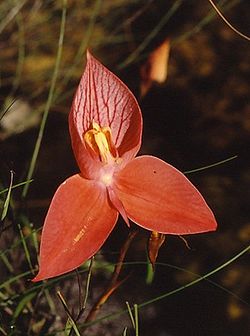 Among the many other plants which includes many of myfavourute plants are; Taylor’s Thatching Reed (Cannamois taylori), 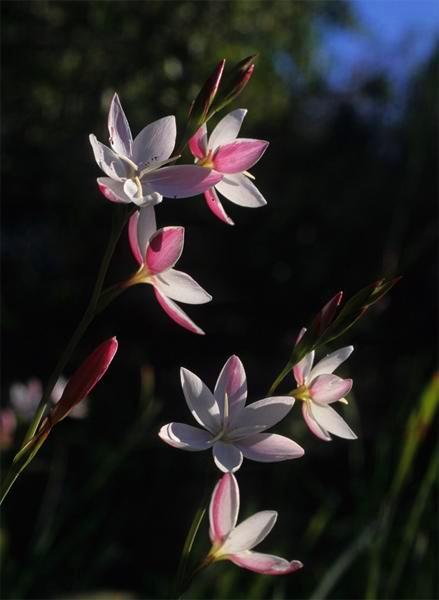 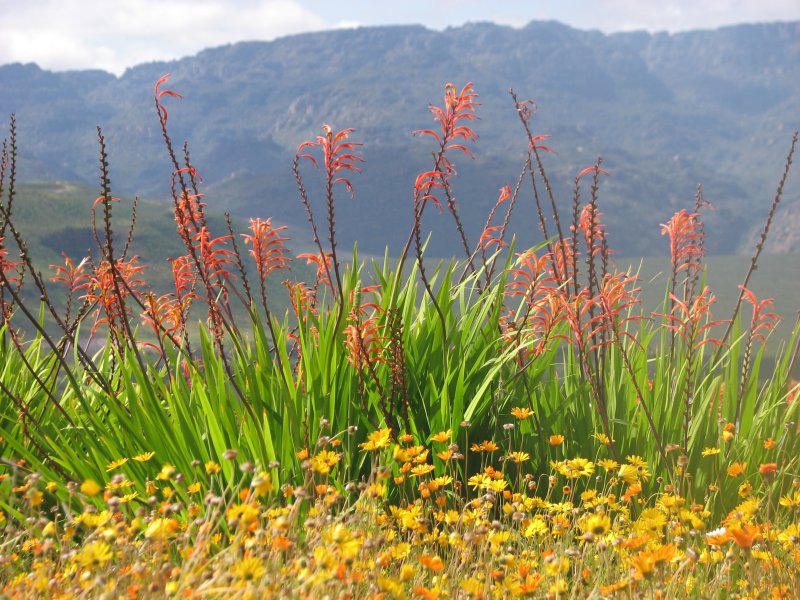 The Cederberg is named after the endemic Clanwilliam cedar tree (or sederboom; Widdringtonia cedarbergensis. The spelling of ‘Cederberg’ combines the names of the English (Cedarberg) and Afrikaans (Sederberg) This particular spelling was approved by the National Place Names Commission in 1981. The Clanwilliam cedar grows along cliffs and rocky areas at an altitude of between 1 000 and 1 700 m, and occurs in a patchy distribution over about 250km in the Cederberg. The Clanwilliam cedar tree has fragrant, durable wood, just like the true cedars. The Clanwilliam cedar is now threatened with survival due to several centuries of exploitative harvesting and frequent fires. In former times the whole mountain chain was studded with these trees, but by 1883 nearly all accessible trees of commercial value had been felled. Most of the Clanwilliam cedars today are only about 5-7 m tall, with only a few remaining in protected areas that are up to 20 m tall with a trunk of up to 2 m. In the past apparently they were about double in girth of the few remaining large trees. There is a report of a tree cut down in 1836 having a girth of 36 feet (11 m). It is estimated that they are able to live for up to 400 years. In the old days, only those 200 years or older were selected for felling. (Ref)

It is interesting that it is speculated that the cedars did not evolve in a fire-prone environment, but have had to adapt to one late in their evolutionary life. According to palaeoenvironmental change research using the the pollen preserved in the hyraceum in the Cederberg, the vegetation reconstructed from from the pollen, shows a very gradual decline in the pollen of the Widdringtonia cedarbergensis and that before 8000 yr BP restostioceae, Cyperaceae and succulent Alzoa-Mesembryanthemaceae-types were prominent, but Dodonea and Astreraceae (including Stoebe-type or Elytropappus) pollen was relatively less important. Gradually by 5000 to 4000 yr Bp this situation was reversed. (Ref)

The Clanwilliam cedar was popular for shipbuilding and was used for almost all the woodwork needed by the early settlers in the Clanwilliam area. It was once sold by the wagonload for fence poles. Apparently the cedar posts had not decayed by more than the thickness of a sheet of paper after 30 years in the ground, and were still immovable 100 years later. In 1879 the telegraph line between Piketberg and Calvinia, 289 km apart, was laid on over 7000 cedar poles. (Ref)

The clear, hard gum yielded by the cones and branches was once used medicinally in the form of fumigations in the treatment of gout, rheumatism or oedematous swellings. It was also used for making plasters and as a varnish.

The harvesting of the cedars has been banned for the last 100 years, but with the natural population so reduced, plus the threat of too-frequent fires and an increase in seed predation, the recovery by natural regeneration seemed nearly impossible. To restore the status of the tree, a program was started in 1987 by the Cape Nature conservation by planting out nursery-grown seedlings into its natural habitat in the Cederberg mountains. Since then many thousands of seedlings have been planted out in fire-protected, rocky sites. As a lover of Cedar oils, I do hope that perhaps one day we might even be able to get Widdringtonia cedarbergensis essential oil. 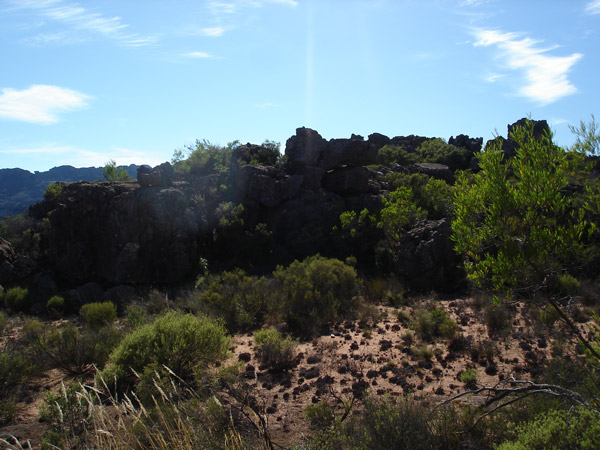 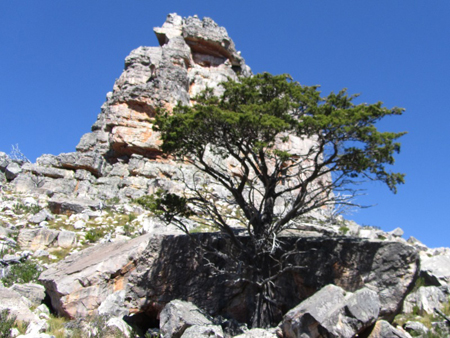 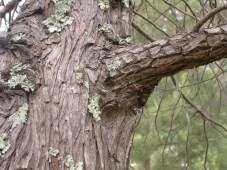 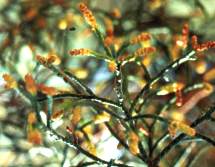 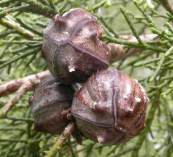 Temperatures in the Cederberg can soar to above 50 degrees C. Thankfully, during our stay the temperature was only in the mid forties and we wondered how the locals survived the heat when the temperatures reached the fifties. Going on the four-kilometre trial to see the Rock Paintings in the heat was tough going. Even though I have never drank so much water in my life, I was still thirsty for days afterwards.The heat however, gave me a good indication of why the Hyraceum in the area is so well preserved and so, rock hard.

Southern Africa has perhaps the richest legacy of Rock Art in the world. It is estimated that there are more than 2 500 Cederberg San paintings. The age of the Cederberg paintings ranges from 8 000 years to 100 or 200 years.

The Cederberg landscape is breath taking with its fantastic rock formations, in the true sense of the word, and reminds one of a “land that time forgot.” The rocks are composed of sandstone and shale formations of the Cape Supergroup. These formations were deposited between 500 and 345 million years ago. Everything about the Cederberg just breathes “ancient.” Being in the Cederberg is like stepping back into our distant past. Some rock formations such as the Bokkeveld Group are rich in marine fossils such as trilobites, brachiopods and crinoids. Curiously when you look closely at the large, flat, rock platforms, you will observe many different kinds of small, succulents (Mesembryanthemaceae) that grow in cracks of the rock slabs which looks remarkably like sea anemones both before they flower and when they flower. One can almost believe that they evolved from ancient seabeds over million of years. The rich floral kingdom of the fynbos has indeed evolved over millions of years to its present day diversity. 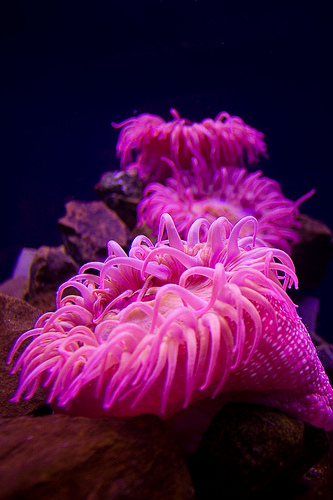 The rock formations provide ample shelter for the numerous dassie (hyrax) colonies as it did for the San for thousands of years and much to my excitement, in most of the shelters where we saw rock paintings we also saw hyraceum deposits. 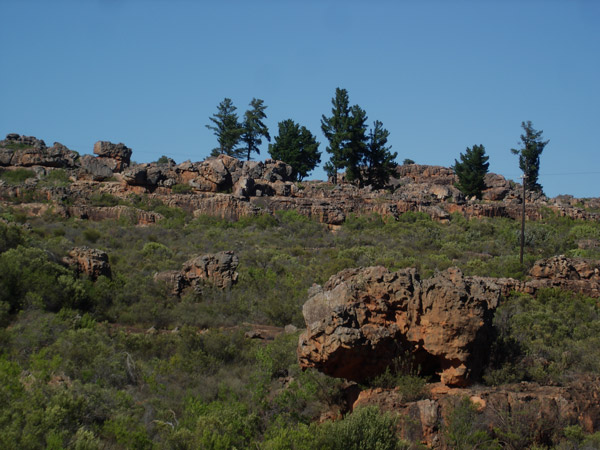 I wondered what it must have been like when the area was still inhabited by numerous San clans. With more than nine rock shelters covered in rock paitings within four-kilometre radius there must have been several families living in close proximity. Just looking at the rocky valley one can imagine the singing and dancing rising from the mists of time. Certainly, a deep spiritual ambience was unmistakenly palpable throughout area and one could not help but approach the now long abandoned shelters with reverence. 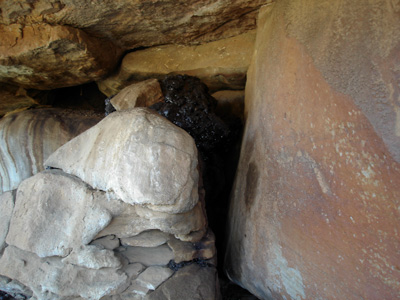 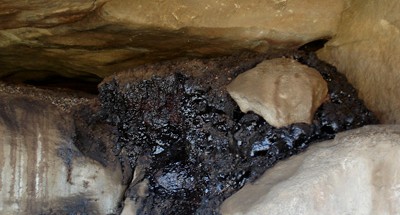 Remarkably all that really remains of the paintings are nothing more than stains. The actual pigment had long been washed off by centuries of exposure to the elements. As certain pigments stained the rock better than others, some of the antelope and figures appear incomplete; headless. White, black, yellows, reds, and blues can be seen at some of the better-preserved sites. Most of the paintings were made of blood, gall, egg-white and ochre, using sticks to apply. I was blown away by how remarkably sophisticated the stylized paintings were. It must have taken incredible skill to render with such confident strokes the numerous animal and human figures using only sticks. Where I wondered did they practice their craft, where were their sketch books? 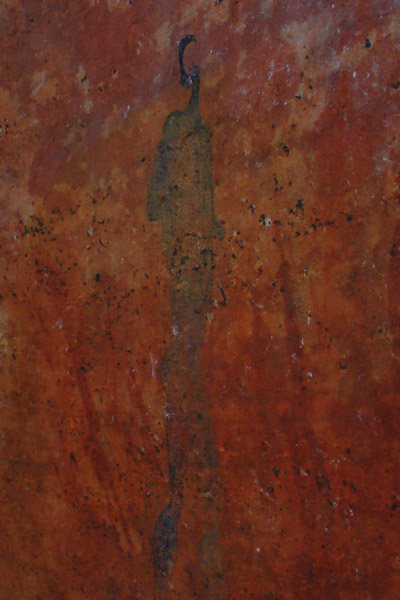 Knowing the San’s ritual use of fragrance, I could not help but wonder whether they perhaps also mixed fragrant compounds with their pigments. Did they perhaps also use Hyraceum so abundantly available everywhere in the area as a fragrance ingredient? Hyraceum certainly has strong “n/om”.

I could smell the hyraceum before I spotted it. In the heat heat the whole valley had wafts of the distinctive scent of hyraceum in the air; truly delightful to my nose especially mixed with the fragrances of the fynbos. It is not easy to reach the Hyraceum as the deposits are mostly situated on ledges above steep rock inclines. Most of the rocks are so smooth they feel like polished marble. With a little help from my son, and a bit cautious of what might lurk on the ledges, I managed to get to the hyraceum. What looks like wet hyraceum from a distance is actually resinous smooth and rock hard. The Hyraceum is literally glued to the rock. The only way you could break of any of the Hyraceum would be with a prospector’s hammer and chisel. As the area is a conservancy, I was not there to harvest though, just to observe and smell. I did however, find a few broken off pieces which I could take to compare with the Hyraceum I had from other areas. I have long been curious to see what the scent difference was between Hyraceum from different regions. 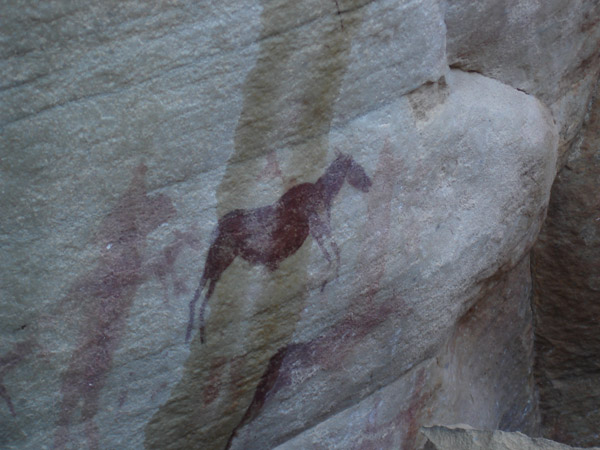 I wish I had a lot more time to explore the area, as there was just so much to explore and sniff. All too soon it was time to go home, but I was happy with my samples of Hyraceum to test. Back home, I could sit down to some serious sniffing. Even the raw, untinctured Hyraceum from this area smelled different from other samples I had. It was smoother and had distinctive floral notes and cocoa notes. After tincturing the samples for several months the distinction is even greater. The biggest difference is in the top notes which are honey-like, whereas the other hyraceum samples I tried have hay-like top notes. On the dry down the notes become deep woody/floral/indole with no sharpness. The other Hyraceum samples tend to have more of a dry tobacco/woody notes in the dry down. The base notes of all the samples are alike – distinctively animalistic/woody, although the new samples have sweeter notes in it, with hints of what reminds me of Rooibos. I also experimented, blending it with cocoa, coffee, muhuhu and florals and made blends using the same ingredients but leaving out the Hyraceum. The blends with the Hyraceum just sing as compared to those without it.

I can’t wait to go back to the Cederberg for further exploration and to collect more samples of Hyraceum from other areas to compare. 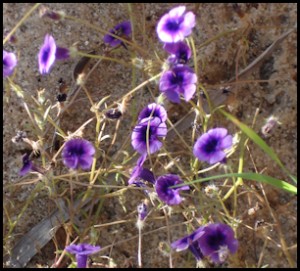