This year my Forest Bride come forth and bloomed in all her fragrant glory. I have been waiting patiently and diligently carried buckets of water to keep it watered in the Summer’s heat. As it naturally grows in Summer rainfall area, I knew that if I wanted it to bloom abundantly, I had to keep it well watered, since here in the Cape it is the driest time of the year. 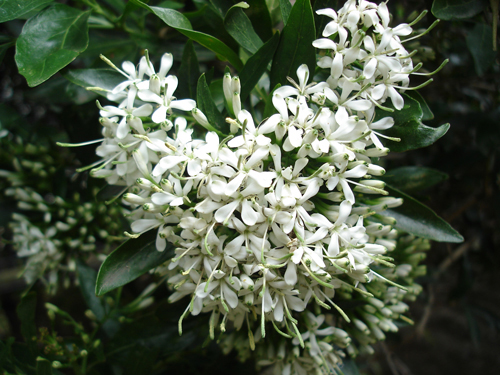 The Forest Bride or Bride’s Bush is not surprisingly said to be used in traditional, African wedding ceremonies.

In southern Africa there are about 24 species, growing in the summer rainfall areas. Most species have small distribution ranges in southern Africa and are endemic to certain areas. Pavetta belongs to the Rubiaceae family which includes such fragrant delights as the gardenia family and coffee family. The sweetly scented flowers attract many pollinators such as birds, bees, wasps, beetles, ants and moths. These in turn attract birds and other predators.

It is said that the leaves of P. zeyheri, P. edentula and P. lanceolata are edible and are used as a vegetable. I tried chewing some of the young leaves and it has a sour sorrel-like taste but with a bitter after taste like. I haven’t tried to cook with it yet but it might be an interesting experiment. 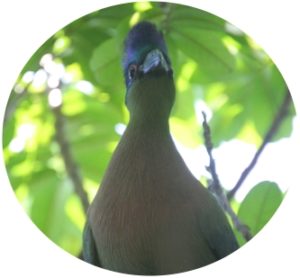 Birds and monkeys love the fruits

The reason for my diligence was to capture the scent of my Pavetta lanceolata. When I first smelled it years back it smelled like Neroli to me and I really wanted to make a perfume based on the scent. As soon as the first cluster of flowers opened, I was there with my nose in the blossoms. I was surprized, it did not smell like I remembered it. The scent was much more like gardenia with greenness of the absolute. It was in the mid-day heat. So at sunset I was back and it surprized me again, the scent was different. In the evening it becomes more like Neroli. This lady has scented mood swings.

My repeated smellings at different times of the day confirmed this diurnal variation in scent. So now my dilemma was when to pluck the flowers for enfleurage? After sniffing for a week, I decided to go with the mid-day heat scent.