Autumn has finally arrived in the Southern Hemisphere. It has been a long hot Summer at the Southern point of Africa.  Although we have been wilting in the heat, the fragrance of the flowers have been the best I have smelled in years. I have been busy this Summer extracting the scents through enfleurage. I have been using enfleurage for five years now, but this Summer, I had a goal of recharging 30 times and I did! 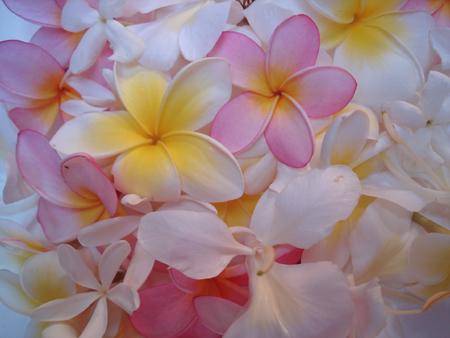 Months later and thousands of flowers later, I have reached the End of Summer, the end of my Summer’s harvest. My harvest started in early Spring with the harbingers of Spring. 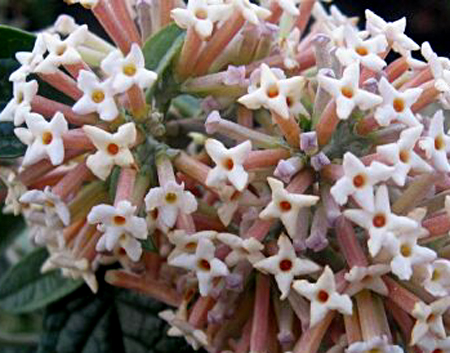 Buddleja auriculata and Buddleja salviifolia, also called Sagebush, Butterfly Bush and white lilac here are the harbingers of Spring to me. They flower for about six weeks, Buddleja auriculata starts to flower earlier than Buddleja salviifolia and has a much shorter flowering period. They have a Lilac-like scent with green and woody orris-like notes. For the enfleurage I picked each tiny flower separately, either very early in the morning or at sunset. I recharged them every 24 hours, as after that the scent loses its floral notes and become more woody.  It is a very time consuming job but the end results is gorgeous.   I combined both in my enfleurage. 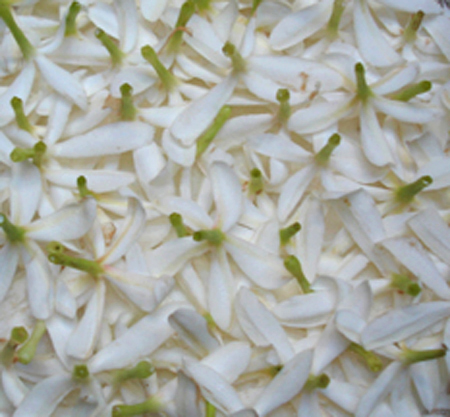 The next flower to come in bloom was Noem Noem – Carissa macrocarpa or also called Natal Plum. They are abundant in my area and a favourite hedge plant here. I was surprised at long they keep on blooming. They started to bloom in September/October and keeps on flowering for most of the year. It is only at the end of Winter that for a few months, there are just a few flowers on the plants. The flowers have a Tuberose/White Frangipani type of scent, deep, sensual and rich. I recharge them every 48 hours, although, even after 3 days when the flowers turn brown, they still retain a lovely scent. The enfleurage is so beautiful that I think it deserves a solifleur blend. 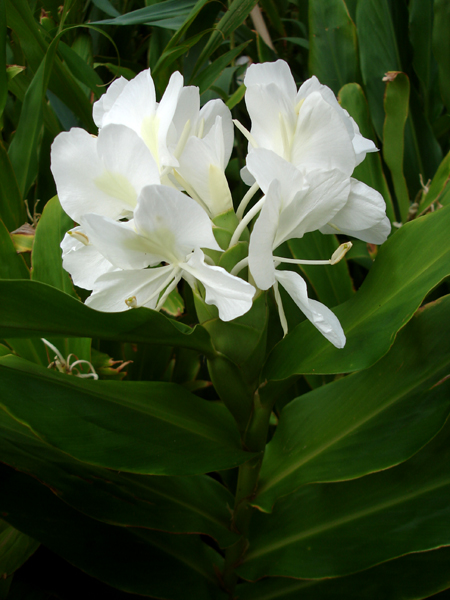 My Ginger lilies has been flowering for 3 months, scenting the air with their perfume.

My Gingerlilies started bloom early this year in January. Their beautiful fresh heady scent fills the night air. Some nights itis so heady, it feels as if I am breathing the scent. Gingerlilies are what started me on the path of enfleurage. I was determined to capture their scent. As the flowers are soft and fleshy and spoils easily, they require delicate handling. If you don’t recharge them every 24 hours you will have a slimy mess on your hands. I learnt that the hard way. The pommade is wonderful in soap and the extract I have already used in several of my perfumes. 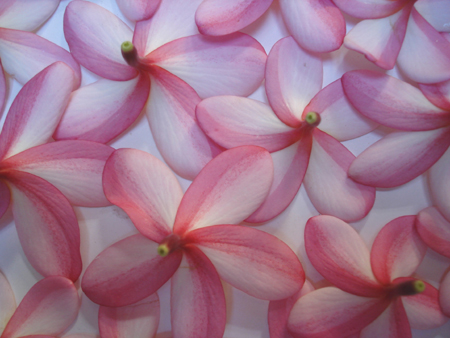 This Pink Frangipani’s Scent is like a sweet candy rose.

The Strand and Gordon’s Bay area is Frangipani paradise. The just love it here. There are many huge beautiful Frangipani trees everywhere which must be at least 60 or seventy years old. This year in the extreme heat we experienced their scent was glorious. I remember being so disappointed when I first smelled a Frangipani absolute; lovely for sure, but nothing like the headspace of Frangipani. First I did several test enfleurage batches of all the colours to determine which will work the best. 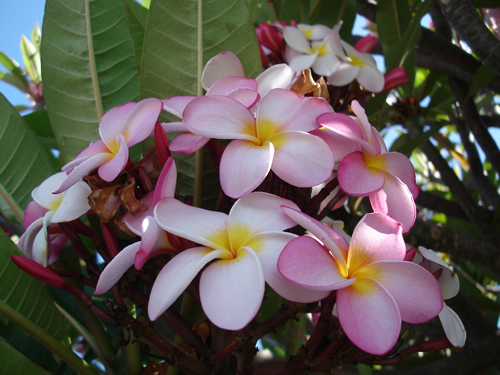 In the heat of Summer the fragrance is wonderful.

Each cultivar has its own distinctive scent. The colours gives a good indication of the scent. I often wondered which Frangipani the Plumerias wre named after. Legend has it that the name, frangipani, comes from the Italian nobleman, Marquis Frangipani, who created a perfume for perfumed gloves in the 16th century. When the frangipani flower was discovered its natural perfume reminded people of  Marquis Frangipania’s perfume. If it is true, then Frangipani must be the only flower named after a perfume! My bet is that it was the fragrance of white and yellow Frangipani.  It is also the scent of the white and yellow centred Frangipani that most people associate with Frangipani.  The scent in itself is already a perfume with its lemony top notes and fresh floral heart.

The pink Frangipani surprised me. It has a candy rose scent; sweet with a surprising depth in dry down. It has by far the strongest scent. I also found it remarkable how long both the white and pink Frangipanies retained their scent after picking. After 3 days their scents are still lovely, but I recharge after after 48 hours. 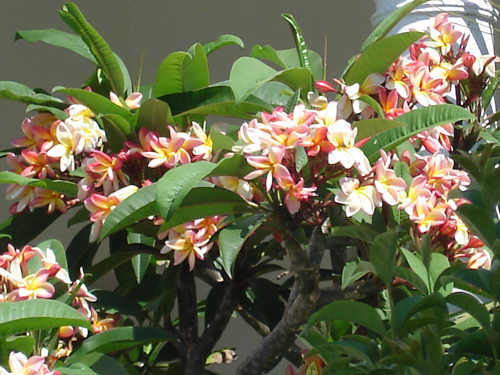 I was very disappointed with my experiments with the orange/peach Frangipani. It does have a lovely peachy/floral scent just after you pick it but after a few hours it has a very strong chemical scent that I do not find pleasant. So, after several tries at different times of the day, I gave up on that one. Maybe next year, I will experiment to see exactly how long before its scent turns. 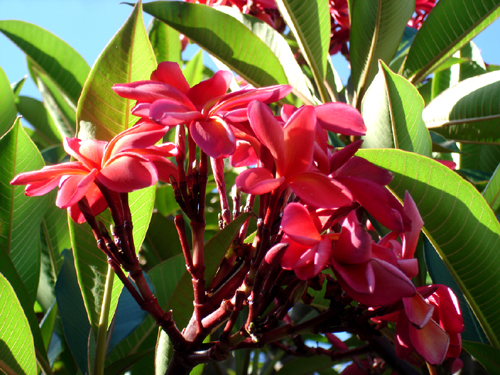 The red Frangipani has a deep red rose type of scent with a hint of citrus. Next year I will take my experiments with it further when my tree is a bit bigger and I have more flowers at my disposal. It does however, retain its scent for a much shorter period. I will recharge it every 24 hours 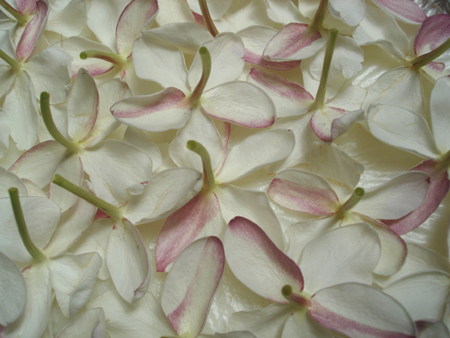 Jasmine grandiflora was my floral surprise of the year. I could not believe my surprise when I came across them flowering abundaently so late in the Summer. Here the most common Jasmine is the Jasmine officinale which only flowers in early Spring.  It was the first time I came across Jasmine grandiflora here. The enfleurage is gorgeously true to its scent and to my delight I managed to reach 30 recharges even though I only discovered it so late. I recharged every 48 hours as it keeps its scent beautifully after being picked. 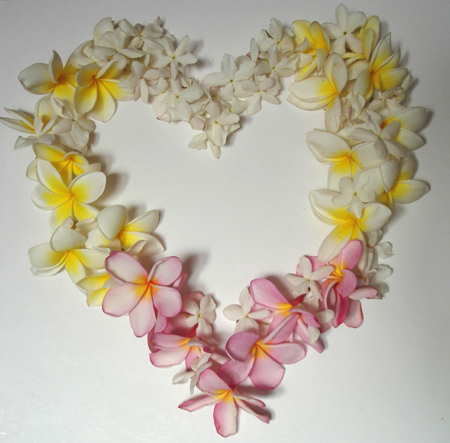 Wish you could smell?

Beauty needs to be shared,  so I decided to do a give away to share the bounty of my harvest. One Lucky reader will receive 6 1ml samples of the enfleurage extracts I made from the Sagebush flowers, Noem Noem, Ginger lily, Pink and White Frangipani, and Jasmine grandiflora. Just leave a comment, and on next Saturday, 31st of March, I will announce the winner here and on African Aromatics Facebook page.

Thyia: Tree of Wisdom (via An Ethiopian Journal)
Christmas Stars - Kukumakrankas/Gethylis/Cape crocus
Visit to Still Pure
Oh, Sugarbush, how sweet you are to me.