Every reference on Sugarbush Protea will mention that once a syrup was made from the nectar of the flower.  During the early years of the Cape Colony when sugar was very expensive and provisions were in short supply the Khoi-Khoi introduced them to the “honey” of the sugarbush. The use of bossiestroop reached its height during the 1800’s., however, by 1900 the art of making bossiesstroop was virtually lost.  How was it actually made? 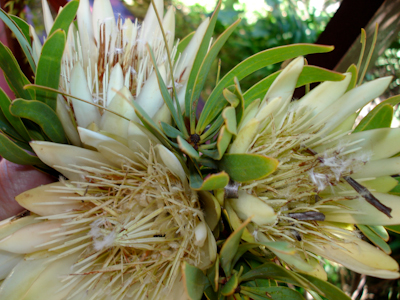 In the old days “stroopslanners” (syrup beaters) collected large volumes of nectar by shaking it out of the flower heads into buckets, according to Leipoldt. This nectar was then boiled down to a syrupy consistency. Sometimes the syrup was also cooked until it crystallized into what was called kandy or sugar. It was then broken up into pieces and used to sweeten tea. It was commonly known as bossuiker (bush sugar).

After experimenting I made two versions of Sugarbush syrup; a flower syrup and the traditional nectar syrup. 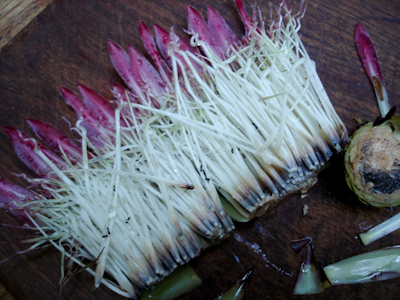 The taste of the syrup cooked from the flowers resembles maple syrup with a fruity after taste, slightly acidic.  Keep in the fridge and use like any other floral syrup.

1. Pick flowers that are fully open; the scent is best. (Please do not pick any from the wild)

2. Cut off the stem and cut the flowers open to take out any I insects hiding inside the inflorescences. 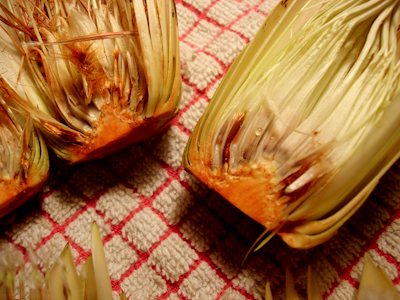 3. Break the flowers up and cover with water inside a pot. 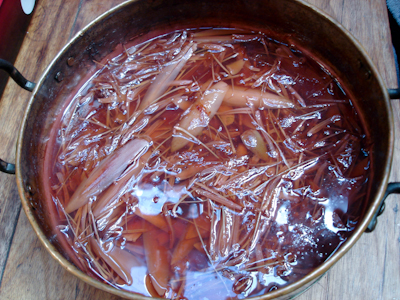 4. Bring to boil and simmer for half and hour uncovered.

5. Remover from heat, strain and filter through a coffee filter.

6. For every cup of the liquid add a cup of sugar.

7. Bring the liquid and syrup to boil stirring until the sugar has dissolved.

8. Simmer gently for about 10 minutes. 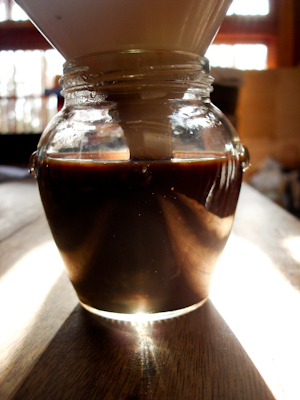 It makes an unique flavorant in food, wine and liquors. Much like pomegranate syrup, you can also use it for cordials, marinades, basting and salad dressings. 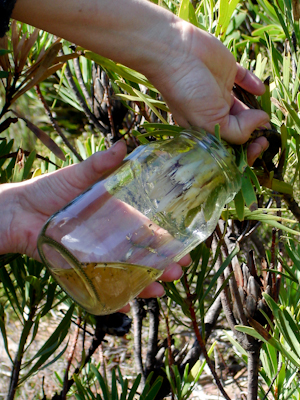 The scent of the fresh nectar is much like Phenyl Ethyl Acetate, with its characteristic rosy honey like scent. 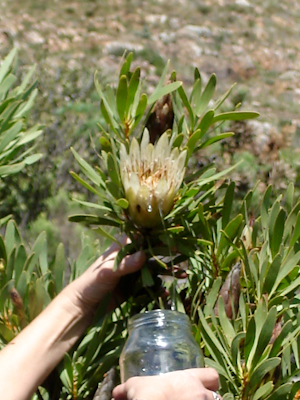 Bear in mind that if you collected the nectar after a rainy period, the nectar will be diluted so you will need more to get to syrupy consistency. The nectar concentration in the sugarbush varies from about 21.6% on a weight/weight basis in dry weather to about 1.9% after rain.

Maple sap contains on an average 2.5 percent; sugar content, which is similar to that of the nectar of the Sugarbush after rain. So, like maple syrup which requires 30-40 litres of maple sap to make 1 litre of maple syrup with a sugar content between 66% – 68%, you will require roughly similar amounts to make 1Liter of  Sugarbush syrup. It takes about 3.78 litres of Maple syrup to make about 17.60 kg of maple kandy or sugar, so once again it will take about equal amounts to make bush sugar. 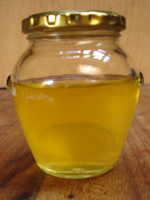